In 1968 the writer, producer, director and editor, released in his own producing company the number one Zombie movie of all time, Night of the Living Dead

A Brief Overlook on George A. Romero’s life and career

The father of Zombie film, George A. Romero was born in New York City, New York on February 4, 1940. In the late 1960’s he founded his own film production company Image Ten Productions, on which he released the cult classic and number one Zombie horror movie of all times, Night of the Living Dead in 1968, that he wrote, produced, edited and directed. The film brought Romero worldwide success and since, he became one of the most acclaimed horror filmmakers of all time. In 1978 he released the sequel to Night of the Living Dead, Dawn of the Dead, which was a box office success and also gained cult status. Throughout the 1980’s he kept directing and writing other films, such as Creepshow in 1982, but also released the third part of his 1968 Zombie horror classic, Day of the Dead. In 2005 he returned with the 4th part Land of the Dead and subsequently Diary of the Dead in 2007 and Survival of the Dead in 2009. On July 26, 2017, the influential Romero passed away in his sleep at age 76, following a brief but aggressive battle with lung cancer, according to his longtime producing partner Peter Grunwald, he was listening to the score of one of his favorite films, The Quiet Man. Here’s 5 of his very best cult classics.

The living dead have taken over the world, and the last humans live in a walled city to protect themselves as they come to grips with the situation

An anthology which tells five terrifying tales based on the E.C. horror comic books of the 1950s

Following an ever-growing epidemic of zombies that have risen from the dead, two Philadelphia S.W.A.T. team members, a traffic reporter, and his television executive girlfriend seek refuge in a secluded shopping mall

A ragtag group of Pennsylvanians barricade themselves in an old farmhouse to remain safe from a bloodthirsty, flesh-eating breed of monsters who are ravaging the East Coast of the United States 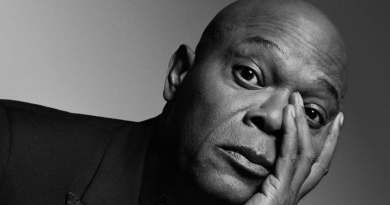 Horror classic “The Exorcist” premiered on this day in 1973

The Legendary Lee Marvin was born on this day in 1924

Lee Marvin, it’s one of Hollywood’s biggest movie legends, but he also was a man who had many sides to him. War soldier, actor, singer and even the first Hollywood advocate for Gay Rights. We look back at his life on his birthday

Looking back at 1931’s Dracula

On February 19, 1966, the same day he turned 23, Lou Christie scored a No.1 with the now classic “Lightnin’ Strikes”. Today he celebrates two special dates

The Legendary Lee Marvin was born on this day in 1924

Austrian Pop Star Falco was born on this day in 1957

Ray Manzarek was the working mastermind behind The Doors, he kept the legacy running during decades after lead singer’s Jim Morrison demise. We look back at his life and career on what would be his 81st Birthday

On his 66th birthday, check out the Top 5 John Travolta Movies

The famous actor John Travolta was born on this day, February 18, 1954, in Englewood, New Jersey. On his 66th birthday, check out the Top 5 John Travolta Movies

On his 84th birthday, check the Top 5 Burt Reynolds Movies

Among Nirvana fans, Chad Channing is a well known name, despite the several drummers the band had before Dave Grohl, Channing still represents Nirvana’s Sub Pop phase as the drummer who shaped their sound during that period.