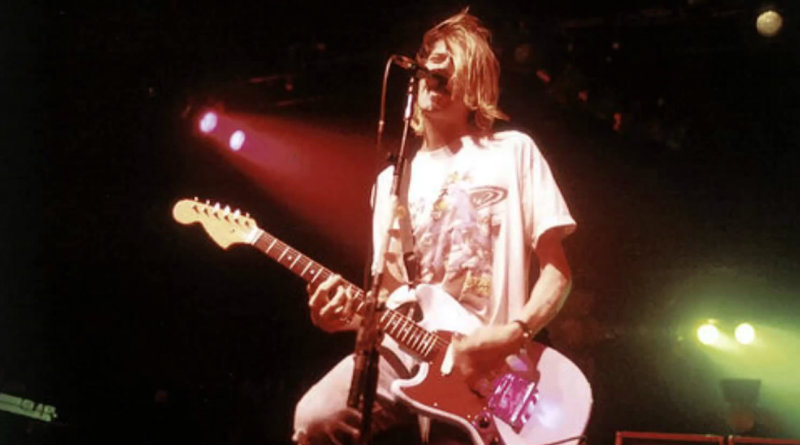 After the Terminal Heinz concert the current European Tour was canceled

The lights went out for Nirvana when on March 1, 1994 they got up on stage together with Kurt Cobain for the very last time. The Terminal Einz in Munich, Germany was a small Airport Hanger with a 3,000 people capacity (the band had demanded for that tour to play only in small venues despite by then being capable of filling a stadium). The “In Utero” European tour had started less than a month earlier, on February 7 in Cascais, Lisbon, Portugal where the band seemed to be somehow capable to go on with it. But by March 1st, Kurt Cobain’s voice was damaged, supposedly due to bronchitis. Despite that they finished their set which included songs from all their three studio albums and some covers, including the concert opener “My Best Friend’s Girl”, a The Cars song, which was the second time Nirvana played live and an odd choice for opening the concert (“Radio Friendly Unit Shifter” had been the opening song during the whole tour), the first time being during the 1991 American tour for “Nevermind”. They also played David Bowie’s “The Man Who Sold The World” and closed the concert with “Heart-Shaped Box”. Soon after, the rest of the European tour was cancelled, including the British dates. Cobain headed to Rome, Italy for some needed rest, but by that time, depression had taken control of him. On March 4 he was taken to a hospital after overdosing on a combo platter of champagne and a sedative called Rohypnol after being found by wife Courtney Love. Later, it was confirmed that was this was already a suicide attempt. The whole band headed back to the U.S, Cobain was against his will put in a rehab center in Los Angeles, that he abandoned shortly after. Back in Seattle, he was reported as missing and on April 5th, less than two months after Nirvana had started their promising 1994 European Tour, Cobain was found dead by suicide in his Seattle home at 27.

In 1965 The Beatles score another No.1 with “Help”, the title song of their second feature movie

Revisiting The Rolling Stones 1964 debut album, that marked the beginning of their amazing journey

The final chords of Brian Jones with the Stones

Robby Steinhardt is often referred to as the most charismatic member of Kansas, and though he has departed from the band several times, his role on developing the band’s original signature sound as well as his interaction with the audience is widely recognized. We look back briefly at his life and career

Celebrate the legendary Bob Dylan anniversary with his Top 20 songs

The iconic Cher turns 74. Since the 1960’s that she has recorded some of Pop music’s most memorable songs, alongside with her acting skills. How well do you know the Pop Diva lyrics? Do the quiz and find out!

Quiz: How well do you know Madonna?

The influential British supermodel turns 50, check 25 amazing photographs that certifies her influence in the fashion business over the last 30 years

One of the most influential actors of all time, Dennis Hopper left a valuable and timeless film legacy as an actor, writer and director. We look back at five of his best movies on the 84th anniversary of his birth