The musical’s star and innovator was born on August 23, 1912

He’s ranked by the American Film Institute as the 15th greatest male screen legend of Classic Hollywood, and remembered as one of the earliest multi-faceted stars, Gene Kelly, who charmed movie screens and audiences worldwide with his energetic and athletic dances as well as choreography’s between the 1940’s and 1950’s, was born on August 23, 1912 in Pittsburgh, Pennsylvania. Kelly starred in several Golden Era Hollywood classics alongside some of the biggest stars ever including Debbie Reynolds, and created choreography’s for many other movie musicals too. With his good looks and likable characters, Gene Kelly was responsible for almost single-handedly making the ballet form commercially acceptable to film audiences. His talent can be appreciated in movies such as “For Me and My Gal” alongside Judy Garland from 1942, “Du Barry Was a Lady” and “Thousands Cheer” from 1943, “The Pirate” 1948, “On The Town” 1949 and “It’s Always Fair Weather” from 1955. His best remembered movies though are the 1951 “An American in Paris”, “Anchors Aweigh” for which he was nominated for the Academy Award for Best Actor and the memorable classic, his signature role and choreography, “Singin’ in the Rain” from 1952. Gene Kelly was awarded with several honors throughout his career, in 1952, he received an Academy Honorary Award for his career achievements, the same year “An American in Paris” won six Academy Awards, including Best Picture, and in 1969 he directed “Hello, Dolly”, nominated for the Academy Award for Best Picture in an era where musicals had fallen out of fashion in Hollywood. Between the 1970’s until the 1990’s, Gene Kelly’s career slowed down, decreasing each time more the number of movies where he appeared, such as the 1980 fantasy-musical “Xanadu”.
Gene Kelly was also outspoken politically and religiously. The Hollywood Star was raised a Roman Catholic, and was a member of some Catholic churches and parishes, but when he was aware that Roman Catholic Church was supporting the Spanish fascist dictatorship of Franco, he officially severed his ties with the church, also after making a trip to Mexico in which he became convinced that the church had failed to help the poor in that country. Gene Kelly became then an agnostic, a position that he’d maintained throughout the rest of his life. Kelly passed away in 1996 at age 83, his body was cremated, and as request, without a funeral or memorial service. 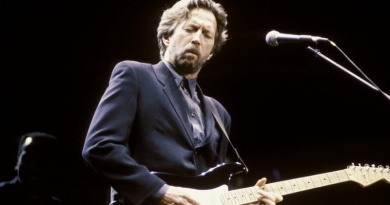 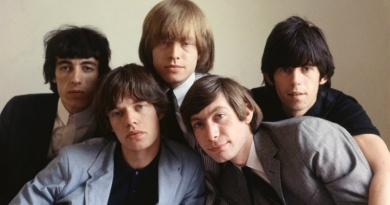 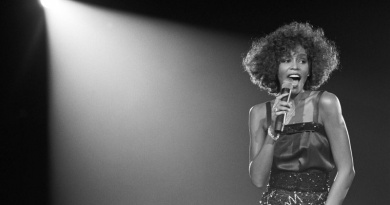 The legendary Whitney Houston was born 57 years ago

George Harrison’s life was cut short, but his influence in music can still be heard today, together with John Lennon, Harrison was the most daring of the four Beatles on what concerned experimenting with music. We look back at his life and career 19 years after his passing in 2001

Larger Than Life: Remembering the legendary Freddie Mercury 29 years after his passing

The legendary Dick Clark was born 91 years ago today