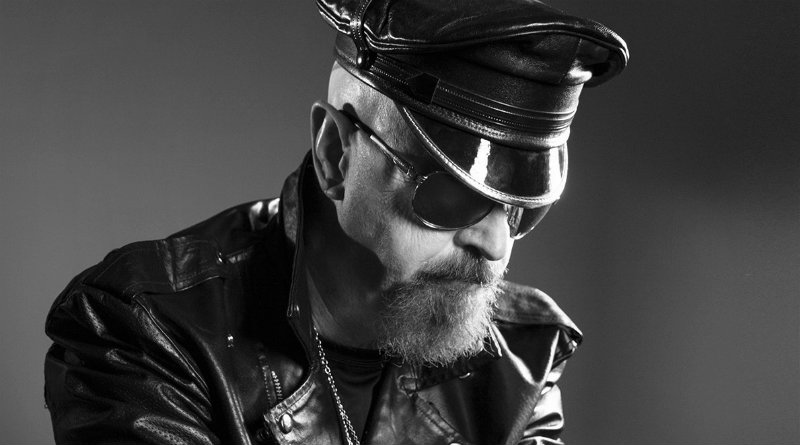 One of the most powerful wide-ranging voices of all time

The influential “Metal God” Rob Halford, lead singer of Judas Priest owns one of the most powerful wide-ranging voices of all time which he has been using very well since the 1970’s in defining Heavy Metal. Halford was born in Sutton Coldfield, England on August 25, 1951. Among his early influences were The Beatles, Rolling Stones and Jimi Hendrix among others. He has stated the Queen’s Freddie Mercury became his “ultimate hero”, influencing him to develop his unique vocal style. Judas Priest were formed in 1969 but Halford only joined the band in 1972 who he met through the bassist and founder Ian Hill, at the time the boyfriend of Halford’s sister. He left his job as a manager on a porn cinema dedicating exclusively to music and to the band.
In 1974, the band finally debuted with the single “Rocka Rolla”, before releasing an album of the same name a month later. They quickly became one of the most important bands of the rising New Wave Of British Heavy Metal scene, and Halford also helped with creating an unique look for the whole band based mainly on leather clothes and metal accessories, which became they’re brand image alongside Halford’s powerful vocals. Years later, the band stated they would get their early outfits from S&M Gay boutiques, the only places at the time to find those type of outfits.

Judas Priest released a string of fine Heavy Metal albums during the second half of the 70’s and early 80’s that included “Sad Wings of Destiny” (1976), “Sin After Sin” (1977), “Stained Class” (1978), “Killing Machine” (1978) and “British Steel” (1980). Among some of their most influential and famous songs are “Breaking the Law”, “Living After Midnight”, “You’ve Got Another Thing Comin'”, “Hell Bent for Leather” and “Painkiller”. During the 1980’s controversy sparkled in the United States when Rob Halford and the other members of Judas Priest were accused of influencing through subliminal messages the self-inflicted gunshot wounds in 1985, resulting from a suicide pact between the 20-year-old James Vance and 18-year-old Raymond Belknap in Sparks, Nevada, USA after hours of listening to Judas Priest. The band went to court in 1990 and the trial ended after the judge ruled that the so-called “do it” message was a result of an accidental mixup of background lyrics.
During that period, Halford went through major personal problems, including drug and alcohol addiction, which he later admitted being a result of the pressure he had during those years of covering up his sexuality. In 1986 Halford struggled with increasing substance abuse and violent feuds with his romantic partner who committed suicide in front of him, motivating Halford in getting clean. He left Judas Priest officially in 1992 and formed his own bands Fight and Two and Halford, both achieved some notoriety during the early to mid 1990’s. In 1998 Halford came out as gay in an interview with MTV News. During the famous interview he broke down in tears saying, “It’s a wonderful moment when you walk out of the closet. Now I’ve done that and I’ve freed myself. It’s a great feeling for me to finally let go and make this statement—especially to The Advocate, because this magazine has brought me so much comfort over the years. Obviously this is just a wonderful day for me.” “Quickly inundated with messages of support from his colleagues and fans around the world, Halford’s decision of coming out also helped many of Rock and Metal’s Gay fans who felt more confident in also coming out after it. During the years Halford left Judas Priest the band lost quite of their popularity, but in 2003, Halford returned, leaving fans ecstatic with the come back. They released “Angel of Retribution” in 2005, their first album with Halford since 1990. Since then, and despite the changes that have occurred over the years in the band’s line up, Judas Priest stands still as one of Metal’s biggest forces, touring and releasing new music on albums such as the acclaimed “Redeemer of Souls” (2014) and most recently “Firepower” (2018). In addition to his work with Judas Priest and his own bands, Rob Halford has performed as the vocalist for Black Sabbath at three shows. He replaced Ronnie James Dio for two nights in November 1992, when Dio famously decided not to open a show for Ozzy Osbourne and also filled in for Osbourne in Black Sabbath on 26 August 2004. The Metal God turns 69 today and having seeing him performing live recently, we can assure you his powerful vocals are in excellent health and shape as he is. 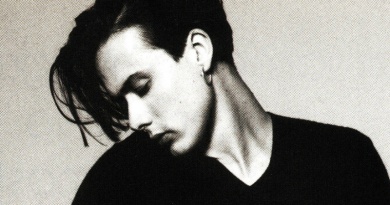 George Harrison’s life was cut short, but his influence in music can still be heard today, together with John Lennon, Harrison was the most daring of the four Beatles on what concerned experimenting with music. We look back at his life and career 19 years after his passing in 2001

Larger Than Life: Remembering the legendary Freddie Mercury 29 years after his passing

The legendary Dick Clark was born 91 years ago today