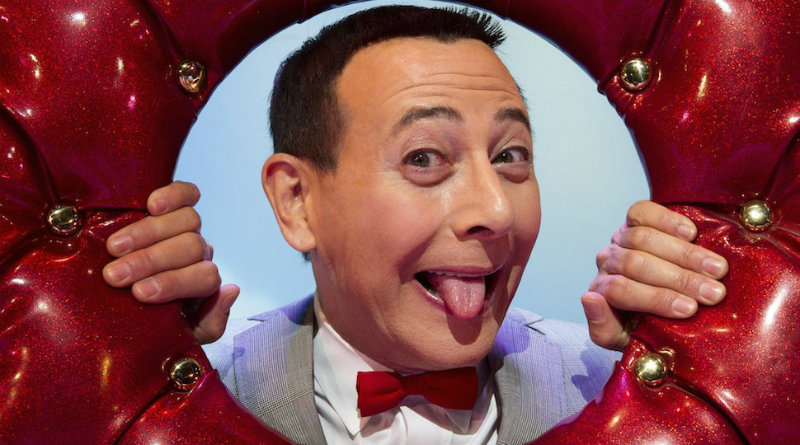 Paul Reubens best known as his alter ego, Pee-wee Herman was born on this day in 1952

Actor and comedian Paul Reubens was born on August 27, 1952, in Peekskill, New York. Best known as his alter ego, Pee-wee Herman, Paul Reubens was raised in Sarasota, Florida. His interest in entertainment stems from The Ringling Brothers and Barnum and Bailey Circus, which set up the big-top close to his childhood home. Reubens studied drama at the California Institute of the Arts and performed with the improv group The Groundlings during the 1970s. It was there that he developed the Pee-wee character, an innocent man-boy who enjoyed playing tricks on his friends. His signature gray suit, small red bow tie, slicked back hair and silly dance moves completed the caricature. In 1981, HBO aired one of Reubens’ live shows, and the Pee-wee phenomenon began. In 1985, Reubens built on the popularity of his Pee-wee character by releasing his first feature film, Pee-wee’s Big Adventure. The movie was directed by Tim Burton and was a huge hit at the box office. With his star on the rise, Reubens soon signed with CBS to develop the seminal Saturday morning children’s program Pee-wee’s Playhouse, which ran from 1986 to 1990. The show featured appearances by such future stars as Laurence Fishburne and Phil Hartman. Reubens’ career took a tremendous hit in 1991. He was arrested in Florida and charged with indecent exposure. The scandal soiled his squeaky-clean image, and CBS immediately dropped reruns of Pee-wee’s Playhouse from its lineup. Appearing as Pee-wee at the 1991 MTV Music Video Awards that same year, he asked the crowd, “Have you heard any good jokes lately?” He also tried to resuscitate his acting career, appearing in such films as 1992’s Buffy the Vampire Slayer, 1996’s Matilda, 1999’s Mystery Men and 2001’s Blow. On the small screen, Reubens landed a recurring role on the popular sitcom Murphy Brown. In 2010, he starred on Broadway in The Pee-wee Herman Show. In 2016, Reubens helped write and star in the Netflix original film Pee-wee’s Big Holiday, reprising his role as Pee-wee Herman. 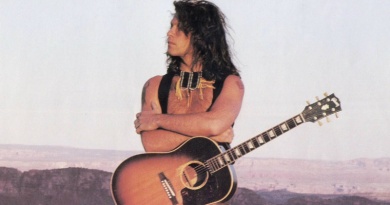 Jon Bon Jovi goes No. 1 on Hot 100 with his debut solo single “Blaze Of Glory” 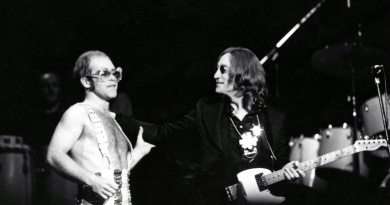 The Rolling Stones scored their fourth U.S No.1 in 1967 with “Ruby Tuesday”

The song, coupled as double A-side single with the risque “Let’s Spend The Night Together”, remains one of the Stones biggest hits, read some interesting facts on who actually wrote it and who was Ruby Tuesday

Ray Manzarek was the working mastermind behind The Doors, he kept the legacy running during decades after lead singer’s Jim Morrison demise. We look back at his life and career on what would be his 82nd Birthday

Kurt Cobain, that sung on the song “Stay Away” the line “Rather Be Dead Than Cool/ Fashion Stinks, Fashion Style”, end up developing a personal style reflected on his clothes and hair that remains trendy and copied by many around the world

On his 67th birthday, check out the Top 5 John Travolta Movies

The famous actor John Travolta was born on this day, February 18, 1954, in Englewood, New Jersey. On his 67th birthday, check out the Top 5 John Travolta Movies

Remembering the eclectic British filmmaker Alan Parker on his 77th birthday, look back at five of his most memorable movies

On his 85th birthday, check the Top 5 Burt Reynolds Movies

The Father of Zombie film George A. Romero was born 81 years ago today: Remembering five of his very best movies

Birthdays Nirvana Special Features Spotlight The 1990's Worth a Read

The iconic pop song “Billie Jean” hides a very disturbing story behind it’s lyrics, find out what it is