Brett Lewis Anderson was born on September 29th, 1967 in Lindfield, Sussex, England. Brett formed Suede in the late 1980’s and by 1993 they released their critically acclaimed debut album “Suede”. Though the band was labeled as Britpop, like most of the British alternative rock bands in the early 90’s, Suede’s sound was back then distinctively different from Blur, Pulp or Oasis. Physically different too, Brett was quite effeminate and androgynous, musically Suede were closer to 1970’s David Bowie than The Beatles. Suede had a string of Alternative Rock hits such as “Animal Nitrate”, “The Drowners”, “Metal Mickey”, “So Young”, and later “The Beautiful Ones”, “Trash” and “She”, despite being very successful in Europe, to the point where Brett gave an interview together with fan and idol David Bowie to the NME in 1993,  the band never quite made it into the North American market, specially during their highly acclaimed period, between 1993-1994, which was when Grunge Rock dominated American charts making it harder for a band like Suede to compete with it. Aside of Suede, that broke up in 2010 as a band but reformed in 2010, Brett also had his own band The Tears that he formed with the first Suede guitarist Bernard Butler. Currently, Brett and Suede still play together, however he dedicates much more time to his solo career that counts with already 4 studio albums. Over the years he has also enrolled in several side projects with other musician. 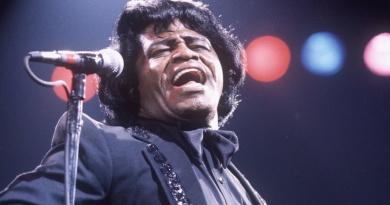 In 1984 Madonna reaches No.1 with “Like A Virgin” for the very first time 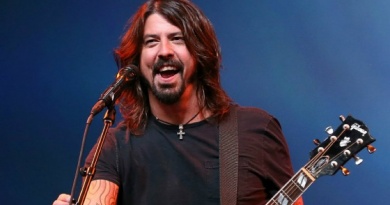 Twice nominated for an Academy Award, the Danish-American actor Viggo Mortensen became popular by playing Aragorn in “The Lord Of The Rings” but long before that he starred in a string of hit movies and TV shows in a career now spanning for over three decades

Between October 20th and 21st in 1992 Madonna releases two of her most popular works, the album “Erotica” and controversial book “Sex” featuring photographs taken by Steven Meisel Studio and that among others featured Naomi Campbell and Vanilla Ice. Check some of the photos included in “Sex” and the album art of “Erotica”

The task of compiling so many good Horror movies in a Top 10 it’s not easy, and though is not always about box-office receipts and critical acclaim, we’ve created a list with what we consider to be some of the best horror movies of the 1980’s and 1990’s

“Don’t Stop’ Til You Get Enough” that was included on his album “Off The Wall”, it’s a milestone on Michael Jackson’s career at many diverse levels, it reached No.1 on the U.S Hot 100 on October 13th, 1979 and included for the first time some of Jackson’s future trademarks