As Winter moves into the New York area, Papikaiser looks to heat things up with a brand new video for “Last Night”, the latest single from his new EP, Mi Tiempo. The new single follows closely behind “Me Gusta”, which climbed to #3 on the iTunes Latin chart, and his seductive video for the song caused a major buzz around the industry and beyond.

Papikaiser was born in Puerto Rico and still has family and friends throughout the area where the video was filmed. He hopes that the images of the beach, the warm blue ocean and palm trees can bring some warmth to his current home, New York.

“Making this video was fun and special, because we got to film it in my home away from home, Puerto Rico,” says Papikaiser. “It’s also a way for me to show the world how diverse my music and style is. I’m not just a Reggaeton Artist. I’m an all around Artist!”

PK has been performing in and around NYC and Puerto Rico over the last 6 months, and plans to expand his touring in 2022. Celebrating his first platinum song, support from major press and media, like Telemundo, PK plans to enjoy the holidays with his family and prepare for a breakout year in 2022.

For more on Papikaiser, visit his official website here

ABBA’s co-founder and songwriter Benny Andersson turns 76, look back at 10 of the very best songs from the Swedish Pop music phenomenon 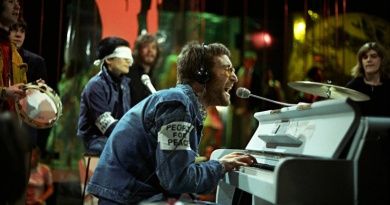 In 1970 John Lennon becomes the first solo Beatle to appear on Top Of The Pops when he performs his single “Instant Karma!”